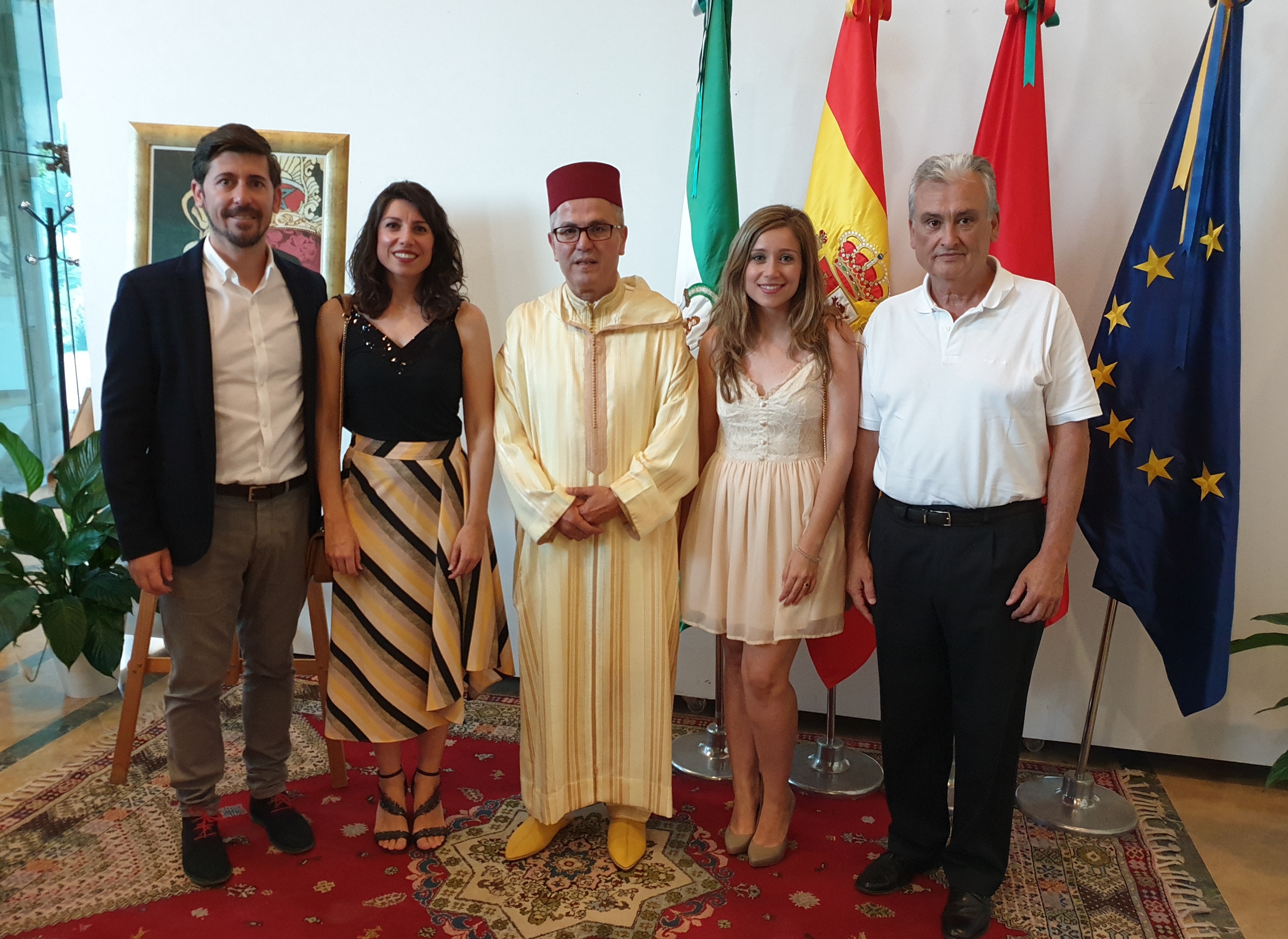 Agromartin was invited the Throne Party that every year, on July 30, celebrates the Moroccan Consulate at the headquarters of the Three Cultures Foundation in the Hassan II Pavilion of the Isla de la Cartuja (Seville), has been on this special occasion for many reasons. On the one hand, King Mohamed VI commemorates the 20th anniversary of his arrival to the throne. On the other hand, the general consul of Morocco in Seville, Farid Aoulouhaj, says goodbye to the consulate to be Vice Ambassador of Morocco in Madrid.

From the Tres Culturas Foundation, a tribute was paid through the gift of a painting with photographs of his time in Seville and activities of the Foundation, as well as a commemorative plaque for him, as well as the deputy consul, Abdelatif Maalmy, who also received dismiss the current position.

The night was full of thanks to Farid Aoulouhaj, for the involvement and good work he has had during his tenure in charge of the Moroccan consulate general in Seville.